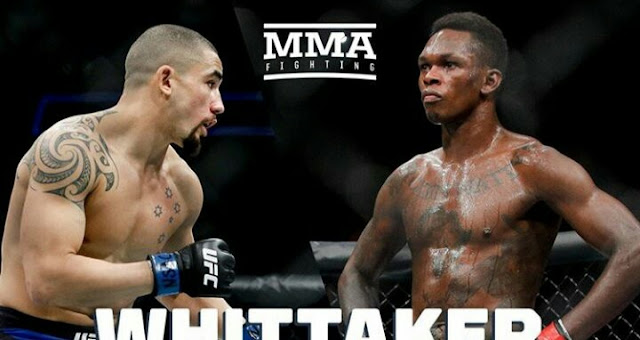 The UFC middleweight champion Robert Whittaker is scheduled to defend his title in his hometown Australia. The first at UFC 221 and was also scheduled at UFC 2342 which he actually pulled out from due total freak accident.

Whittaker is on a nine fight winning streak and in this coming fight is focused on making it up to his fans in Melbourne and right now believes nothing can actually take his focus away form how important this is for him.

“So I owe the Melbourne crowd a show, and they’re going to get a show in October, and it’s going to be on a bigger scale, and I am pumped for that.”

Isreal Adesanya has actually grown rapidly through the UFC ranks, presently the Interim UFC middleweight champion and has since been hoping for a unification with Whittaker.

Aliazed The Style Bender, the Nigerian born Kiwi owns an unbeaten MMA record and was last seen defeating contenders like Kelvin Gastelum and before then the still competing legend Anderson Silva.

This event has been heavily packed with match up’s promising huge action, with the chief support Al Iaquinta taking on Daniel Hooker with a host of other huge match up’s…… 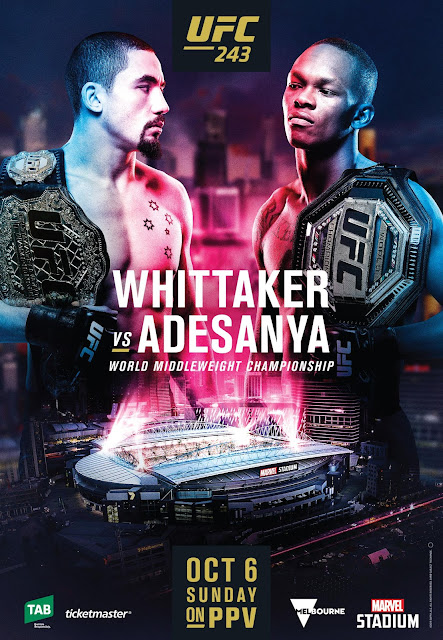