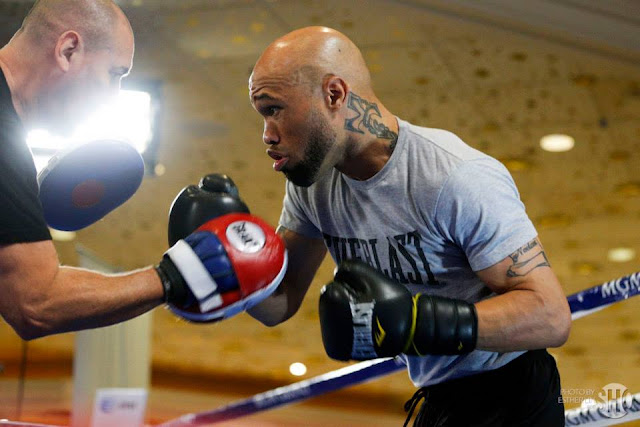 Former Boxing world champion Ishe Smith will be making his return to the ring, this time in the inaugural Valor Bare Knuckle event (VBK1). He will be fighting Estevan Payan in the promotions first and only scheduled pay -per-view event at the 4 Bears Casino & Lodge in New Town, North Dakota.
Ishe Smith will be making his boxing debut against Payan, who won his debut and will be looking forward to spoiling Smith’s party, the fight will be fought at a 160 lb limit. Also announced with the Smith-Payan bout is a bout between JC Llamas vs Mike Richman (1-0) at 170 lb.

The founder of Ken Shamrock announced this bouts along with a host of other bouts which will also include four fighters from Darkota, which also include a heavyweight tournament  with fighters exclusively selected by the Bare Knuckle fans all over the world. This include Rameau Thierry Sokoudjou (0-0) vs. “Mighty Mo” Siliga (0-0) and Jack May vs. Mark Godbeer, while James McSweeney (0-0) and Brian Heden (0-0) will sit around as tournament replacements.

“I fell in love with bare knuckle in the early UFC days and have always wanted to bring it back,” said Shamrock. “Now, with Valor, we are giving athletes today the opportunity to experience the sport of bare knuckle – a pure competition between two fighters using God given talent – nothing more and nothing less. It all starts Saturday, September 21 live on Pay-Per-View with VBK: 1.”

Valor Bare Knuckle Inuagural event will be broadcasted live on Pay – Per – View on  iN DEMAND, DIRECTV, DISH, VUBIQUITY in the United State , while Bell TV, Shaw Communications, Rogers and SaskTel will have it live in Canada