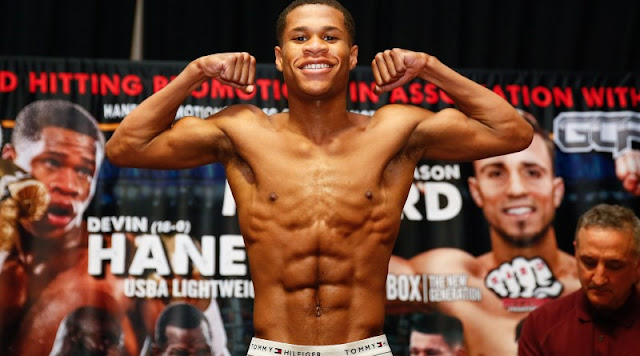 Lightweight prospect Devin Haney is on step closer to a world title as his next fight (against Zaur Abdullaev) will be sanctioned by the World Boxing Council a WBC Interim Lightweight title.
Unified Lightweight Champion Vasily Lomachenko holds the WBC Lightweight world title, after defeating Luke Campbell via unanimous decision last weekend to claim the Vacant title.
The fight was initially scheduled a final eliminator for the mandatory position or WBC No 1 spot but due to a request recieved from top rank and Lomachenko, the fight will now be ruled an interim title fight.

The WBC pledges their full support to both fighters, who will fight on the 13th of September in New York.