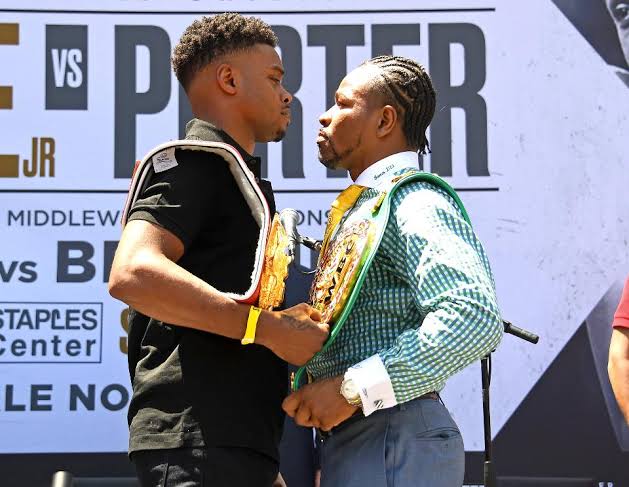 Errol Spence and Shawn Porter will clash in a unification fight this coming weekend , where the winner will work away with the IBF and WBC welterweight titles live on Fox Sports Pay-per-View and to that effect the California State Athletic commission has assigned one of the most respected referee to officiate the fight.

CSAC choosed Veteran refereee Jack Reiss, currently regarded as one of the best in the business to officiate the fight which will take place at the Staples Center. He currently holds the best record of giving serious calls and knowing when to stop a fight or allow the fighters continue their fight even after getting hurt or getting almost getting knocked down.

This decision might become a crucial one when both champions face off in the ring, as Shawn Porter is seen by most boxing fans and fighters, as a dirty fighter and due to the fact that Porter is planning to rough Spence Up when they meet in the ring on the 27th.

Late last year, Reiss was a major factor in the fight between WBC heavyweight world champion Deontay Wilder and Lineal Champ Tyson Fury, who both fought to a split draw. Reiss drew the Praise for not stopping the fight in the 12th round when Wilder viciously knocked down the Brit but gave him time to recover and thereby setting up a possible rematch for early 2020.

Also with the announcement from CSAC came that of the three judges assigned to score the fight between Shawn Porter and Errol Spence and they are Rey Danesco of San Francisco, Steve Weisfeld of River Vale New Jersey and Larry Hazzard Jr. who was criticized for his score for Jermall Charlo Vs Matt Korobov middleweight fight back in December 22.
Spence is a huge 10 -1 favorite in the fight against Porter but from record, its so certain Porter will make Spence prove he can defeat him. The fight broadcast will begin at 6pm PT.