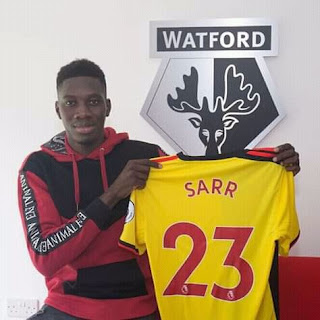 Watford FC has completed the signing of Rennes winger Ismaila Sarr on a five year deal.

The Senegalese winger joins Watford on a club record fee and is the fourth player to arrive Javi Garcia’s squad following of Craig Dawson, Tom Dele-Bashiru and Danny Welbeck.

Watford have been locked negotiations for the 21 Year Old  for most of the transfer period and had to fight off other suitors to win his signature.

The promising youngster was among the Coup de France winning team (Rennes)  last season and also among the Senegalese Semi final reaching squad during the 2019 African Cup Of Nations.

Sarr scored 18 goals in 77 appearances for Rennes since joining Rennes in 2017 from Metz . He has also appeared 18 times for Senegal , three during the AFCON.