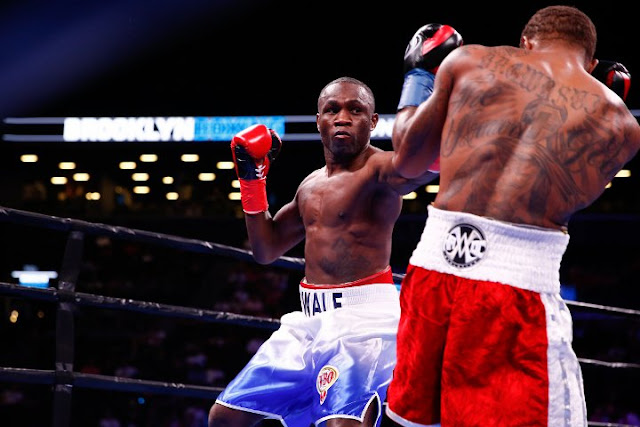 Wale dropped Stevens in each of the three rounds of the scheduled 10 rounder. Stevens looked unsteady and seem to have difficulty taking punches at the weight class. The fight was ended by the referee after he made it to his feet the third time.

Stevens was fighting for the first time at Junior Middleweight and the first time in America since getting knocked out by David Lemieux back in March 2017.

Steven was knocked down by a right hand from Omotoso at 1 : 15 minutes remaining in the first round and again scored another with a Jab in the second.

Stevens looked like he was going in forfa revenge in the third, attacked Omotoso viciously that he was on the robes and was buzzed by his left hook.

After recovering, Omotoso landed a stiff right hand on Steven and down he went for the third Knockdown. After making it to his feet, the referee examined him and didn’t like his responds.