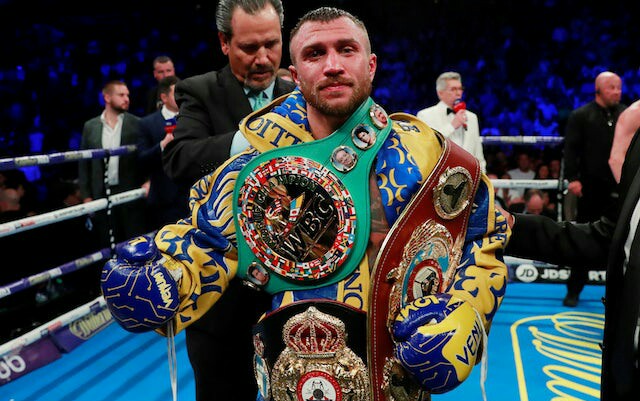 Vasily Lomachenko defeated Luke Campbell via unanimous decision at the O2 Arena on Saturday night to unify the WBC, WBO and WBA Lightweight titles with scores 119-108. 119-108, 118-109.

Lomachenko is one Belt away from unifying the lightweight division. The last belt is the IBF Belt which is held by Richard Commey, who battles Teofimo Lopez in December in a mandatory defense.

The first round was a little slow and both fighters sizing each other but while trying to implement his plan, Campbell landed a big right hand on Lomachenko and got his attention.

The Second Round was better for Lomachenko, who picked up the first pace, while Campbell held unto his game. In the third  both fighters had their periods of success with Loma Snapping Campbell’s head backwards with a big shot.

Campbell found himself in trouble in the fifth round when he got rocked by a body shot and was able to withstand the finishing charge by Lomachenko till the end of the round. 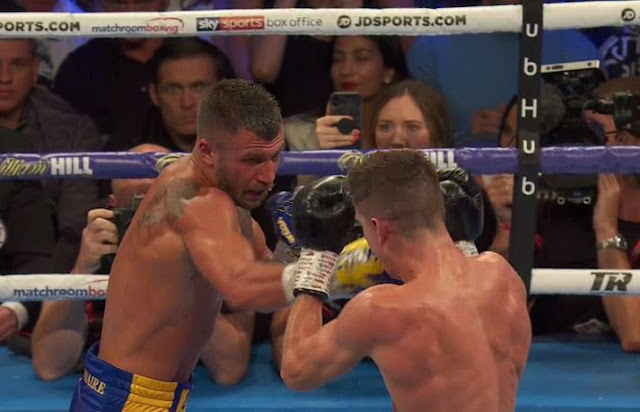 Both fighters tired out the Championship rounds but were able to trade shots in close quarters, with both fighters trying to dig deep for a stoppage result and instead a knockdown was scored by Lomachenko in the Eleventh round after subjecting him to a barrage of combos to the head and body.

Lomachenko wasn’t able to finish the fight, as Campbell was saved by the bell. The final round saw Campbell recover but while engaging in a back and forth exchange, Lomachenko got Campbell back in trouble but the brit was able to survive till thetfinal bell