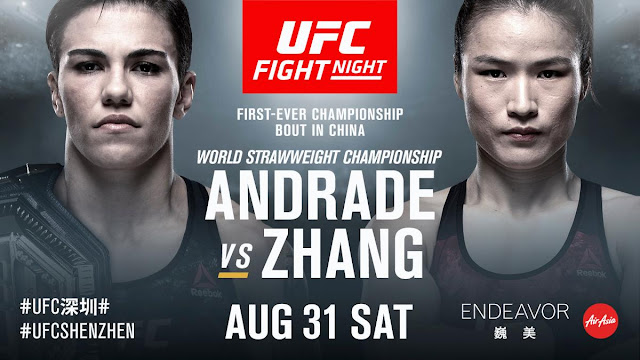 The Ultimate Fighting Championship (UFC) will be hitting China for the first time with a championship bout, which actually tailor made every Chinese MMA fan.

In the main event Welli Zhang will challenge Jessica Andrade, who defends her Strawweight title for the first time since defeating Rose Namajunas To claim the title at UFC.

The fight card will be the first championship fight in China but falls under threat, due to a conflict between China and Hong Kong, which presently steams towards Shenzhen at the moment.