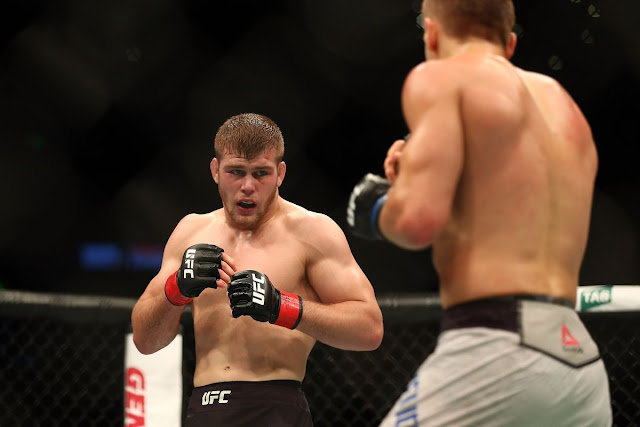 Jake Matthews will be taking on Sweden’s Rostem Akman at UFC 243, as announced on Thursday by UFC Officials, an event scheduled to take place at the Marvel Stadium in Melbourne on Oct. 5

The last time Matthews fought in Melbourne was in December and he saw is four fight winning streak snapped by Anthony Rocco Martin, who submitted him in front of his hometown fans.

Matthews had accumulated a 7 – 4 record in the UFC since he debuted as a cast member on The Ultimate Fighter Nations back in 2014.

Akman (6-1), who won all his amateur fights by stoppage and submissions, was first in the Octagon back in June when he lost a unanimous decision against Sergey Khandozhko. He was a short-notice replacement for an injured Bartosz Fabinski.