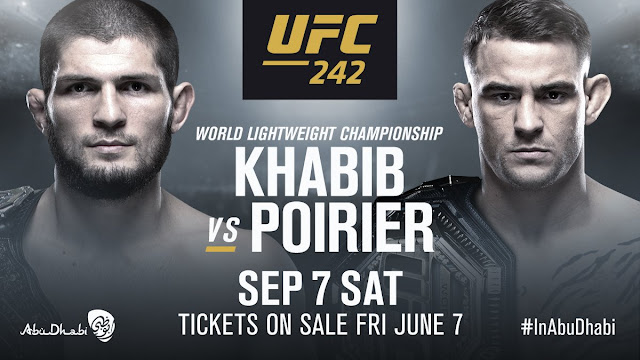 UFC lightweight champion Khabib Nurmagomedov will be returning to the Octagon for the first time since his fourth round submission win over Conor McGregor fight in UFC 229 main event, which ended badly with a post fight brawl.

Khabib has been on suspension since then for his part in the brawl and during the period Dustin Poirier defeated the UFC featherweight champion Max Holloway to win the interim belt and now, both will clash in a lightweight unification battle in UFC’s returnbto Abu Dhabi.