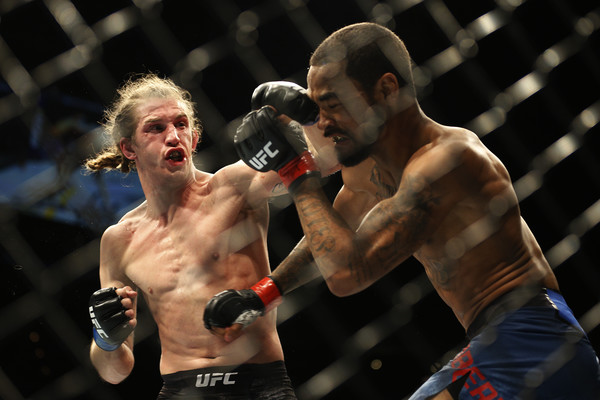 Hungarian lightweights Thomas Gifford (17-8, 2 NC) and Brok Weaver (14-4) will clash in UFC’s upcoming visit to Florida, which is scheduled to take place on the 12th of October at Amalie Arena in Tampa.

The fight Card will be headlined by band strawweight Fight between Joanna Jedrzejczyk and Michelle Waterson and the main card will be broadcasted live on ESPN+.

Submission specialist Thomas Gifford, who with 17 wins has won 13 via submission lost a unanimous decision in his UFC debut against Roosevelt Roberts back in April  which also saw his five fight winning streak snapped. He will be hoping to get back to winning ways and get his UFC career back on track when he faces Weaver in the octagon in Oct.

Weaver on the other hand, will be making his UFC debut after earning his contract after defeating Devin Smyth via unanimous decision at the third season of Dana White’s Contender Series back on Aug 13th. He is on a seven fight winning streak and seems destined for greatness in the UFC. However, he will have to win his debut.