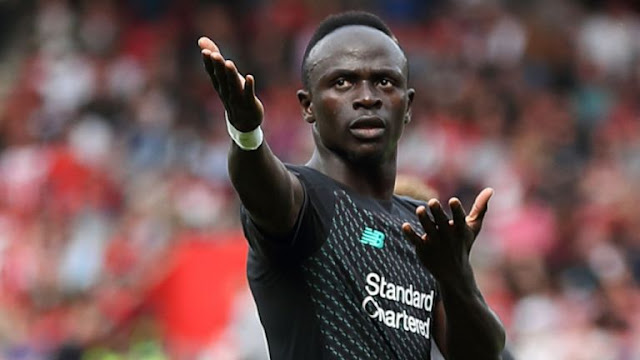 Sadio Mane on target. Milner finds Mane in the box after a shot throw and he beats Bednarek, before curling the ball into the far corner

Goal : 71′ 0 – 2 Roberto Firmino
Liverpool are two goals up at the St. Mary’s  this time with a goal on the plater of gold. Bednarek gets himself caught on the ball and it’s then given to Firmino and after he cuts into the box and beating Vestegaard. He fires a shot past Gunn.

Southampton will host Liverpool FC at the St. Mary’s Stadium on Saturday 17th of August – Premier League Match day 2, with hopes of pickingbup their first points of the 2019/20 Premier League season.

The Saints ended the their opening day fixture with a three nill loss at home to Burnley and will have an opportunity to make amends against a much bigger opposition – Liverpool.

Liverpool FC kicked off their Premier League season as title Contenders, trashing new comers Norwich City 4 – 1 at Anfield on Friday, sending a warning of their intent this season.

Liverpool FC still remain favorites in this  as they have defeated the Saints in their last four meetings and in each, with over two goal margins.

Southampton’s 3 – 0 loss to Burnley indicates, defensive issues and if that is left unchecked, they will be runned over by the Reds, especially with Sadio Mane now up for contention in the Red Starting Lineup.