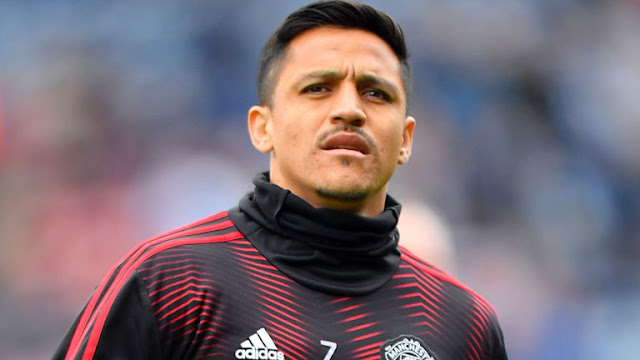 Manchester United have confirmed the possible departure of Alexis Sanchez and this prompted a thorough look into the striking and attacking situation at Old Trafford.

Gabriele Marcotti believes that this switch will actually be bad for the Red Devils, as there will be little experience left as replacements, if their first choice, Martial and Rashford find themselves injured.

“I think United were left short-handed when Lukaku left and wasn’t replaced,” Marcotti told the Transfer Talk podcast.
“And they will be even more so if Sanchez goes. He did look really good at the Copa America and I think that’s why [Inter boss] Antonio Conte thinks he can regenerate him.
“Martial and Rashford have both started [United’s first matches of the season]. They’re both starters. If one of them gets injured you have kind of got to fill two roles.

Marcoti went on to talk about the issues Manchester United will actually face, if Sanchez leaves and Rashford and Martial are sidelined. He questioned how United will score.,when there isn’t a Plan B.

“But in addition to Greenwood is Tahith Chong. Is he the other striking option that they have?“With the possible exception of Greenwood, or unless Pogba conjures something out of nothing, or Mata hits a free-kick, how are you going to score?
“You don’t have a Plan B alternative in terms of size, strength or even a genuine penalty box poacher.”

Romelu Lukaku left Manchester United earlier this sumthe the mer to Inter for 73m fee and Sanchez seems to be heading towards that direction, after the Club confirmed.

Manchester United have so far used Mason Greenwood as substitute in the attacking third.