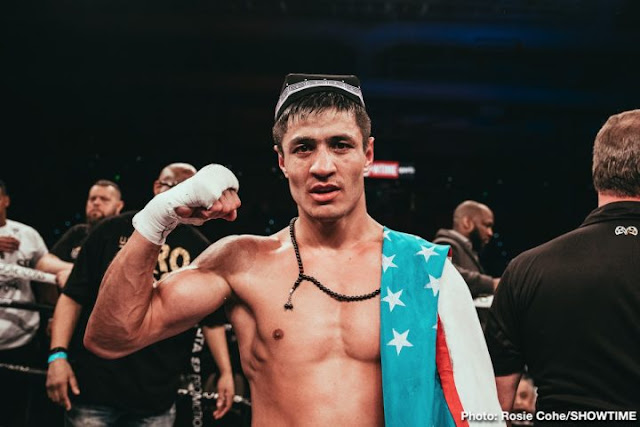 Uzbekistan Southpaw Shohjahon Ergashev (17-0, 15KOs) executed a dominant destruction of Abdiel Ramirez (24-5-1, 22KOs), stopping him in the fourth round on Friday night at Broken Arrow, Oklahoma.

Ergashev took the fight to Ramirez, early in the fight and almost forced a knockout but Ramirez was doing his best to hold on. The second round was more of the same and even had Ramirez visit the canvas but it was ruled a push.

Ramirez was left defenseless by a well connected left hand midway through the 2nd round and a good follow up would have ended the fight but a push followed.

Ergashev gassed out in the third and Ramirez picked up from there with enough encouragement from his corner, controlled the round and won it, as Ergashev just landed low damage punches.

In the fourth round, Ergashev got his mojo back and fired on Ramirez, who himself gassed out following his round three heroics and couldn’t defend himself. Ergashev landed power shots continously till the referee ended the fight at 2 :00 of round four.