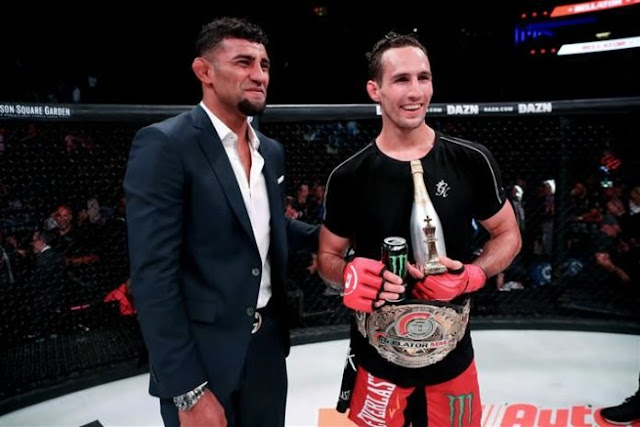 Rory MacDonald and Douglas Lima will collide again in Bellator World Grand Prix Final which is set for Bellator 231 on October 26th at Mohegan Sun Arena in Uncasville, Connecticut.

Both fighters collided back in Bellator 192 in 2018, which eventually saw McDonald emerge winner via Decision. However his bid to become a two division champion ended with him getting KOs by Gegard Mousasi.

McDonald’s thought of retirement after his first fight in the World Grand Prix tournament ended with a draw against Jon Fitch and despite proceeding inithe tournament, he took some time off to punder the his retirement options which he certainly didn’t go ahead with.

McDonald returned with a clear cut victory over Neiman Gracie, advancing into the Grand Prix final.

The two time Bellator Champ Douglas Lima has only been defeated thrice, losing to Ben Askren , Andrey Koreshkov and also his up coming opponent Rory MacDonald in title fights but was able to revenge his loss on his way to the final, choking out Andrey Koreshkov.

After his revenge in the Quarter Final, he advanced to the final with a knockout victory over previously unbeaten Michael Page in the semi finals.