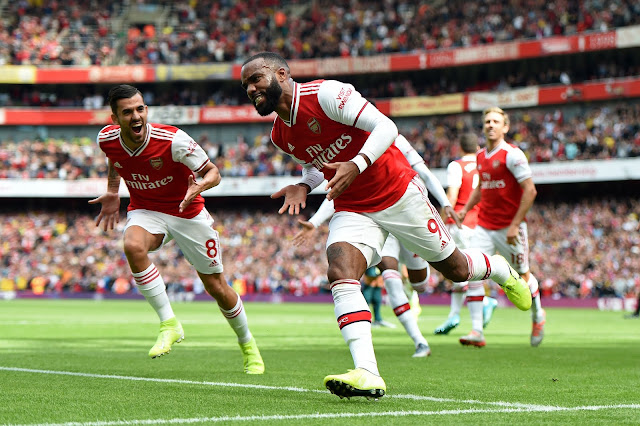 Alexandre Lacazette gives Arsenal the lead after a corner isn’t properly cleared and this meets him with his back to the goal and he turns immediately and while falling shots the ball past Pope.

Goal : 43′ 1 – 1 Ashley Barnes
Barnes levels the game after Burnley break on a counter. Mcneil then plays a shot but it deflects to Barnes, who finishes off from close range. VAR reviewed the goal for offside but it stands

Goal : 64′ Pierre-Emerick Auba… 2 – 1
Aubameyang gives arsenal the lead again. Caballos plays Aubameyang forward. The forward drives towards the defense, goes inside the box and fires into the bottom corner.

The Clarets impressively defeated Watford three nil in their season opener despite having no Preseason game and will also be hoping to cap that with another three points, at least take a headstart on the league table, before the slumbering teams pick form.

Burnley have won only two of the their last six games, which came as a result of their unlucky run in with top six teams towards the end of last season. Their season ended a 3 – 1 loss at home to Arsenal.

Arsenal FC however had enough activity during the Preseason and that seem to have paid off for Unai Emery’s men, especially Aubameyang who seems to be on some incredible form recently.