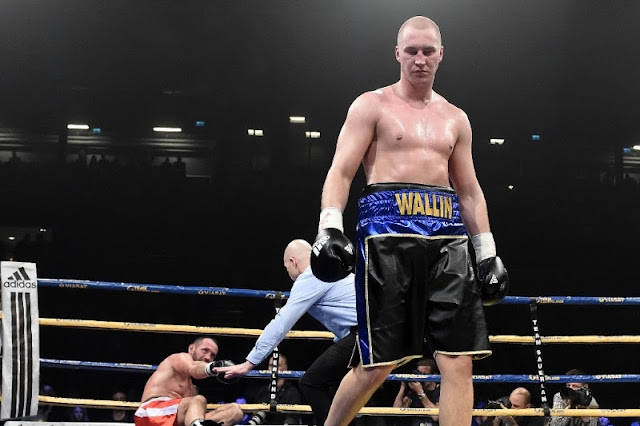 Undefeated heavyweight contender Otto Wallin is hoping to land his big shot on Lineal Heavyweight champion Tyson Fury when both collide on the 14th of September at the T-Mobile Arena.

Fury is looking forward to use a win against Wallin, as a big boost in the preparation for the Rematch with WBC Heavyweight World Champion Deontay Wilder, which is scheduled to take place in early 2020.

Wallin is looking to cause a major upset against Fury, just like the major upset pulled off by Andy Ruiz Jr. against Anthony Joshua on June 1st.

Wallin believes that Fury won’t be the same after suffering those two vicious knockdowns against Deontay Wilder when they first met in December 2018.

“Anybody can get knocked out in the heavyweight division, that’s why it’s so exciting,” Wallin told Sky Sports.
“Fury showed a good chin and a lot of heart in that fight, but maybe those shots have taken something out of him too.”

The choice to face Otto Wallin came as a surprise to Wallin himself and according to him Junior Fa was more linked for the fight than him.

“I didn’t take it too seriously,” said Wallin, when asked about initial talk of the Fury fight. “I thought that they were just reaching out to different guys to see who’s available, but things got more serious every day and that was very exciting.

“To have this fight is a dream coming true. Now it’s time to show I belong here. He can do whatever he wants in terms of taking me seriously or not. I’ll be focusing on what I need to do to be 100% ready for fight night, and I will be.”