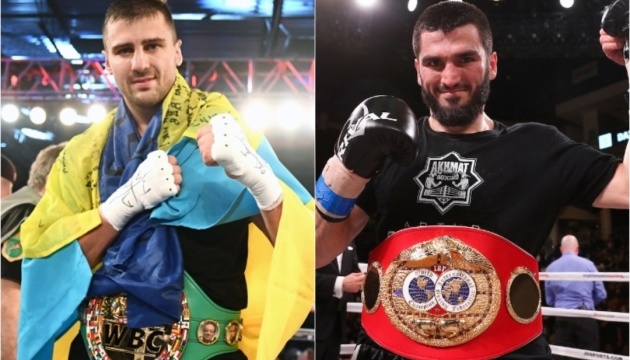 Oleksandr Gvozdyk and Artur Beterbiev will collide in a WBC and IBF Light heavyweight unification clash on the 18th of October in an ESPN main-event, which has now has a venue – Liacouras Center in Philadelphia, Pa.

Gvozdyk defended the WBC Title he won with a eleventh round stoppage of Adonis Stevenson  in front of a sold out crowd at the  2300 Arena in Philadelphia, knocked out Doudou Ngumbu in the fifth round of his last outing in match.

This is the second defense of his WBC and Linear World Light Heavyweight Championship and will be looking for his eleventh knockout in twelve fights when he returns to Philadelphia.

Beterbiev (14-0, 14KOs) has knocked out every opponent he has faced and has only gone beyond the seventh round only ones in his professional career, when he knocked out Enrico Koelling in the 12th round of his first title fight on Nov 2017.

Beterbiev had promotional issues with his promoter Top Rank that deterred the progress of his career but that’s now settled and earlier this year made a full return against Radivoje Kalajdzic, whom he knocked out in the fifth round on May 4th at Stockton, Calif.