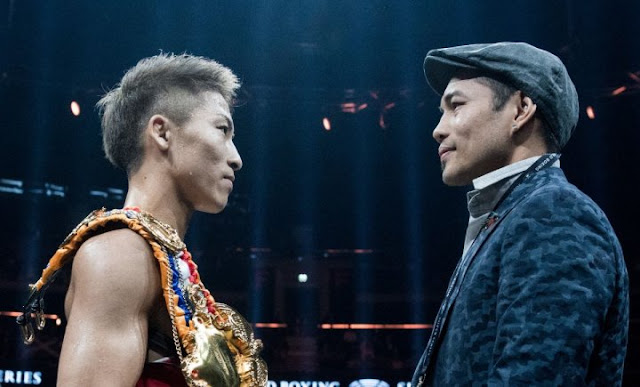 The WBSS final between Naoya ‘Monster’ Inoue and Nonito ‘The Filipino Flash’ Donaire has been Finalized for Saitama Super Arena in Saitama, Japan on November 7.

Both fighters were both exceptional on the way to the final and represent the example of the best fighting the best in the world of boxing.

Inoue needed only 70 seconds in his quarterfinal knockout win over Juan Carlos Payano, he then proceeded to the semi final, where he knocked out Emmanuel Rodriguez inithe secind round with an electrifying body shot. He has spent only a total of five minutes in the competition and no one argues about his reputation, as one of the best bound for pound boxers in the Planet.

The three-weight champ, and current WBA ‘Regular’ and IBF World Bantamweight titlist will be facing his toughest opponent since becoming a professional in WBC Diamond and WBA ‘Super’ World Bantamweight Champion Nonito Donaire and he has promised to be his best in the final.

“I can’t wait for the final,” said Inoue. “Donaire is to me a legend in the sport of boxing, and I am honoured to be sharing the ring with him in the final. But I will do my very best to win against the legend to claim the Ali trophy.”

Nonito Donaire defeated the No. 1 seed Ryan Burnett in the semi final, forcing him to retire in the fourth round die to aaback injury and then defeated very late replacement Stephon Young with a one punch knock out in the seventh round to advance into the final.
Stephon Young took the fight with just few days notice replacing Zolani Tete, who pulled out with a shoulder injury.

“I am looking forward to the final in Japan and a great fight,“ said Donaire. “I have fought several world champions, and I will come well prepared. Inoue is an amazing fighter, but I saw flaws in his semi-final, and I think I can definitely create a game plan against him and win the Ali Trophy.”