Michael Zerafa Batters And Stops Jeff Horn In Round Nine 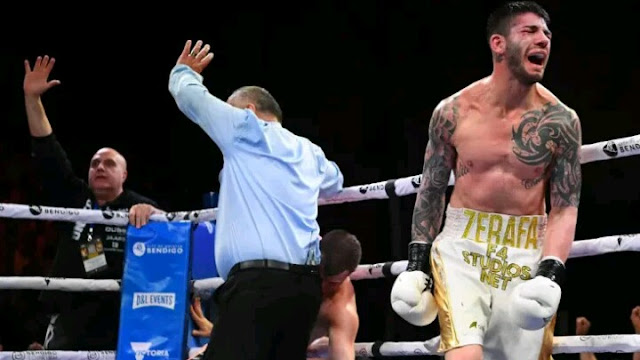 Former WBO welterweight Champion Jeff Horn got a bad welcome to middleweight, and adventure that saw him get battered and stopped in the 9th round of his scheduled 12 round battle with Michael Zarafa.

Zarafa knocked down Horn twice, first in the second round and then in the ninth round before the referee stepped in to stop the fight, which was tagged the “Battle Of Bendigo”

Horns big party at middleweight almost ended with a knockout in the second round, but the former Welterweight title holder was able to endure the following one sided Beating till the end of the round.

The third round was definitely Jeff Horn’s round and as he dusted his feathers and Stunned Zarafa with a left hook and controlled the round but his best round got marred with a headbutt and a nasty cut due to it.

Zerafa got back to business, as Horn’s blue moon vanished out of sight. They both battled toe to toe in the first half of the round but Zerafa got the better of him and did enough to win the round.

Horn fought on but was visibly fading due to the fact that he wasn’t fully seasoned for the Middleweight class and by eound eight Horn was totally out there receiving punches he had to power to reply. 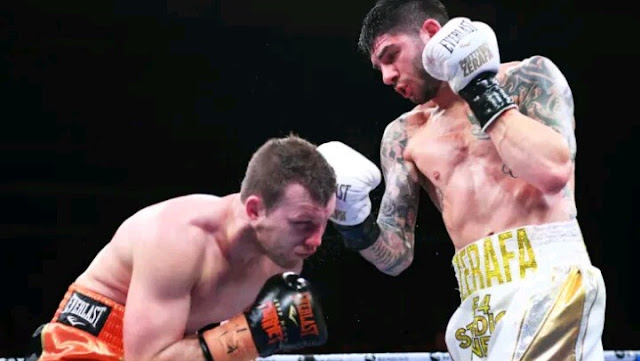 Early in Round nine, Zerafa sent Horn to the canvas with an unsluaght of punches and after beating the count he collapsed to the canvas again, while trying to get himself balanced back up.