Michael Johnson Vs Stevie Ray  Collide In UFC On ESPN+ 20 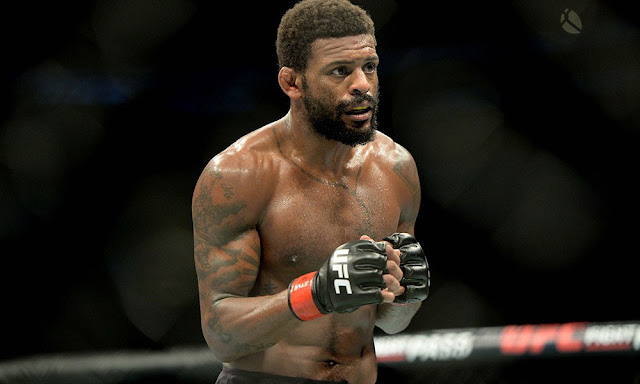 Michael Johnson will be heading back to lightweight against UFC veteran Stevie Ray, as announced by UFC officials on Sunday for the Demken Maia Vs Ben Askren card in Singapore.

Michael Johnson (19 – 14) got seriously knocked out by Josh Emmett in March, snapping his two fight winniwi streak and will be looking to get the his career back on track against the seasoned veteran.

Johnson will be fighting for the first time at lightweight since July 2017, when he lost via knockout to Justin Gaethje.

The seasoned veteran Stevie Ray (22 – 9) is a former BAMA and Cage Warriors champion, who will be hoping to apply his experience, as he hopes to recover from his knockout loss to Leonardo Santos back in UFC Stockholm in June.

Before the loss, Ray had defeated Jessin Ayari via unanimous decision in October last year.

The fight between Johnson and Ray is just one of the fights announced for the card. Other Fights are Ciryl Gane vs. Don’Tale Mayes and Sergei Pavlovich vs. Maurice Greene.