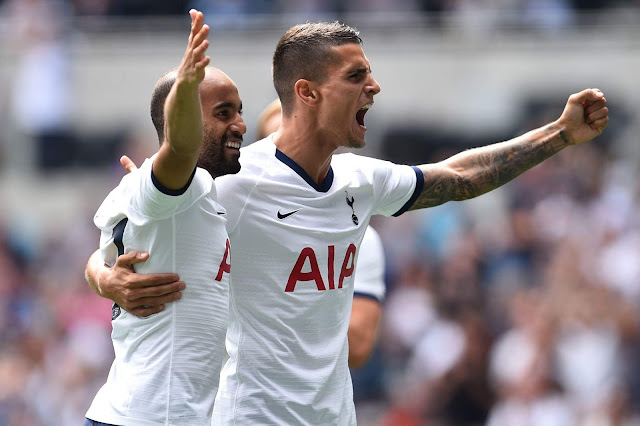 The two teams looked to attack but Spurs got the breakthrough. Lamela breaks Inter’s defense line and running forward a bit picks Moura with a pass and the forward fires the ball in to gives Spurs the lead.

Goal Update : 36′ 1 – 1 S. Sensi
Inter are leveled. Sensi runs forward through the Tottenham defense, uses a one – two with Esposito to eliminate Walker – Peters which puts him through on goal. He composed himself and sends the ball into the far end of the post

Change : Eriksen is on for Lamela. Vertonghen replaces Alderweireld,

Tottenham Hotspur return home for the final game of the International Champions Cup campaign in 2019 andathis time they take on Italian side Inter Milan at the Tottenham Hotspur Stadium.
Mauricio Pochetino and his men have had a poor Preseason and have only been able to muster two wins in their last six outings, losing two out of their three Preseason games so far. However, they will draw encouragement from their 3 – 2 victory over Italian champions Juventus.
Inter have played just a game more than their opponents on Sunday but have only been able to muster just a win. Their last two games have been draws and they will need win to boost confidence ahead of the new season.