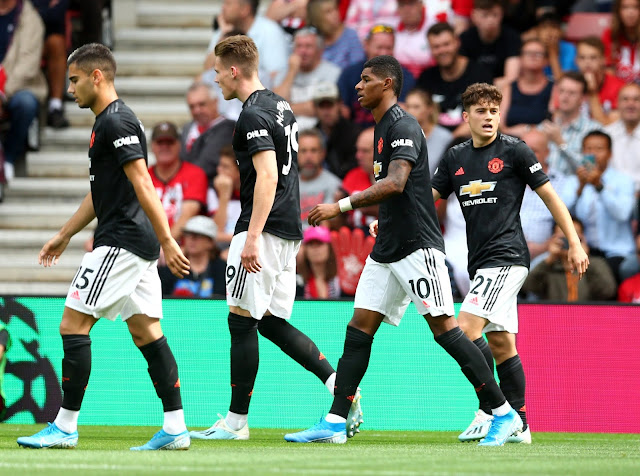 Scott Mctominay plays the ball to james in the left wing and the Wales International drifts into the penalty area and fires a stunning shot into the top right corner of the Southampton goal.

Goal :  58′ Jannik Vestergaard 1 – 1
Saints are level as from an initial corner from the left, Ings gets free at the near post to power a header goalwards. However, De Gea is there to make a brilliant reflex save, only for the hosts to rework the ball. And from Danso’s gorgeous cross in, there was Vestergaard to head home past De Gea from six yards out.

Danso sees red after picking up a second yellow for a rash tackle on McTominay. That was crazy from the Austria left back, who was already on a booking when making that tasty-looking tackle near the left touchline.
Easy decision there for Mr Dean.