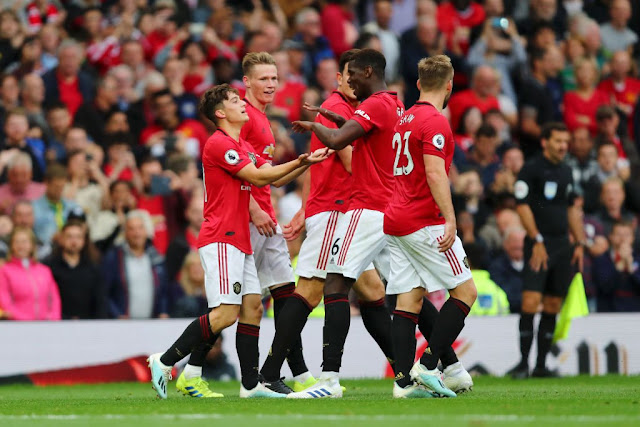 Martial is fouled on the box and Rashford steps up and fires the ball into the top corner of the net.

Goal : 65′ Anthony Martial 2 – 0
United double the lead. Lingard kicks off a counter and then passes to Pereira, who easily beats Zouma before sending a cross in from the right for Martial, who scores from close range.

Goal : 67′ Marcus Rashford 3 – 0
Pogba’s superb pass from his own half, sets up Rashford and he takes a few pushes towards the Chelsea defense before slotting it past Kepa for his second goal of the game.

Goal : 81′ Daniel James 4 – 0
Daniel James comes from the bench and scores in his Premier League debut. Pogba and Martial link in a counter and while Pogba drifts towards the Chelsea box, James anticipates and Pogba sets him up and he scores.

PREVIEW
Manchester United will kick of their Premier League campaign against Chelsea FC, in the first game between Managers Ole Gunnar Solskjaer Vs Frank Lampard and the first in the Premier League, where bit managers have been played for the Clubs they Manager and rivaled one another in the past.

Manchester United list their last three l Premier League games last season but had a good Preseason, winning all but one of other Preseason games in within 90 minutes and finished second on the International Champions Cup table, a point behind Benfica.