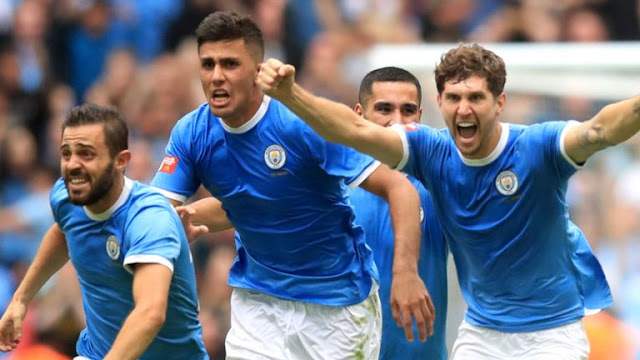 Liverpool FC defense suddenly scatters as a set piece is fired towards the far post but Stones sends the ball back into the box, Silva flicks it towards goal and reaching Sterling  he Fires past Allison from. About six yards.

Goal Update : 77′ 1 – 1 Matip J.
The Reds are back in the game, Henderson sends a long ball to Van Dijk at the far post. Van Dijk sends a volley across the post and Matip rises to the occasion, heading in from close range

Manchester City and Liverpool FC kick start their battle for supremacy struggle when they face off for the community shield at Wembley 3pm on August 4th.

Last season Manchester City successful made a clean sweep of domestic trophies, edging Liverpool FC with a point on the Premier League table, while LFC were able to clinch UEFA Champions League glory.

City claimed their second successive Premier League title, cementing their dominance in the league. However Liverpool gave them a fight last season and this season the fight starts in the Community Shield.