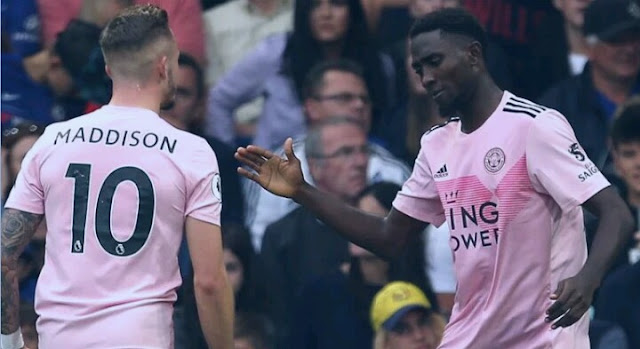 Schmeichel plays the ball to Evans, who in turn picks out Ndidi just outside the area. There doesn’t look to be any pressure on the midfielder but Mount bursts forward, sensing an opportunity.
He has one too, muscling Ndidi off the ball and despite losing his balance, does brilliantly well to get himself stable before slotting home past a scrambling Schmeichel.
The goalkeeper is caught off-guard and Chelsea are ruthless. What a start. 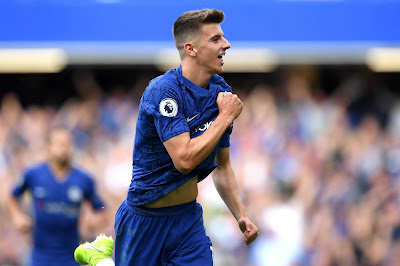 Goal : 67′ 1 – 1 Wilfred Ndidi
Don’t want to say I told you so… Ndidi redeems himself after his mistake allowed Chelsea to score inside seven minutes.
It’s another great set-piece delivery from Maddison and Ndidi rises high to power a header past Kepa.
It’s John Terry-esque and Leicester deserve it after their performance in the second half so far.

Chelsea started with the Premier League campaign with a 4 nil loss to Manchester United in their visit to Old Trafford but staged a better performance against Liverpool in their 2 – 2 result in the Super Cup in the midweek.

Leicester City started the season with a goalless draw with Wolves in the opening day and will also be hoping for their first three points of the season.