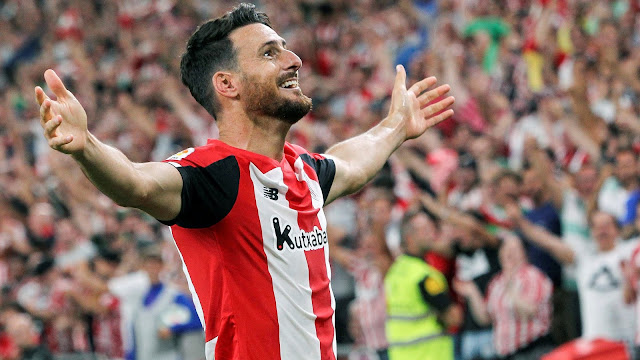 Aritz Aduriz stunned La Liga champions FC Barcelona late with a scissors kick to give Athletic Bilbao a win and three points in the opening day of the 2019/20 Season.

The La Liga Champions started the season with a loss for the first time since 2008, lost Luis Suarez to injury in the first half and the absence of Lionel Messi in the season opener.

The 38 year old Aduriz scored the best goal of his career, with 90 seconds left to play and thereby, handed Bilbao their first win over FC Barcelona since 2013

FC Barcelona had their chance of scoring, twice hitting the woodwork twice, one by Suarez in the first half and the order by his replacement Rafinha.

Aritz Aduriz sends San Mames into frenzy with a late stunner. A cross is sent into the box by Capa and Aduriz was just in place with a perfectly times scissors kick, beating Ter SteenS with just 90 seconds left.