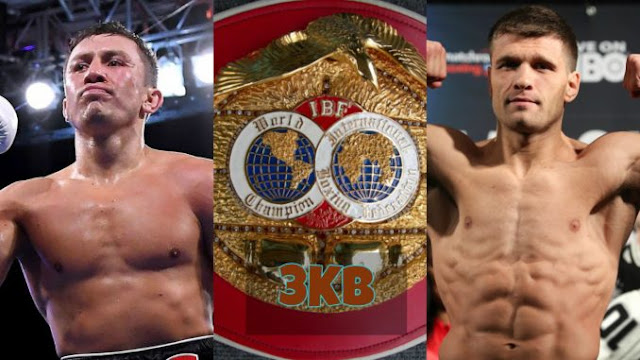 The International Boxing Federation (IBF) has ordered a fight between Former Middleweight Champion Gennady Golovkin and Sergiy Derevyanchenko for the IBF middleweight title, which was recently stripped from Middleweight Unified champion Canelo Alvarez.

According to the IBF, the two fighters have a 30 day negotiation period which will be ending on September 4th. In an event where both parties fail to come to agreement before the deadline, a purse bid will be ordered by the sanctioning body.

Canelo Alvarez was initially ordered to defend the title against Mandatory challenger Sergiy Derevyanchenko but both parties couldn’t come to terms, as Canelo actually wanted nothing to do with Derevyanchenko. This prompted the stripping by the Sanctioning body.

Golovkin on the other hand has been in the hunt for a trilogy against Canelo Alvarez after losing via decision in their last fight and even had a switch to the New Sports streaming platform DAZN with a fight with Alvarez boldly stated in the contract but Canelo Alvarez doesn’t seem to share in his desire and actually wants nothingnto do with him for personal reasons.

Gennady Golovkin will be fighting in his first title fight since losing to Canelo Alvarez. This sounds weird, as before the loss he spent majority of the last 10 years with at least one major title at middleweight. A period where he equaled Bernard Hopkins record of 20 title defenses.

Sergiy Derevyanchenko will be taking his second shot at a world title, after losing a decision against Daniel Jacobs for the same title last October. He has since then defeated Jack Culcay via decision to regain the IBF mandatory position.