Navarrete walked down De Vaca, who was in his first title fight and outlanded him without fear of replies  landing right hands. Despite being unbeaten, the fight was clearly a mismatch both physically and tactically.

Navarrete continued his aggressive style, which earned him a knockdown in the second round. De Vaca had positioned hands high but was still poor defense, asathe chamlion broke through with two uppercut and a sweeping right hand to the chin before the close of the round.

The third round was mostly one sided, as De Vaca wasn’t able to protect himself from Navarrete’s onslaught, heavy power punches landed without any resistance before the referee Raul Cadiz stepped in to stop the fight

“I want to continue to the proud tradition of Mexicans fighting in Los Angeles, filling up the crowds here with proud Mexican fans,” Navarrete told ESPN’s Crystina Poncher following his latest win.

De Vaca lost for the first time in his professional career and fell to 20 – 1, 6KOs, while Navarrete, who was fighting for the third time improved to 28-1 (24KOs). 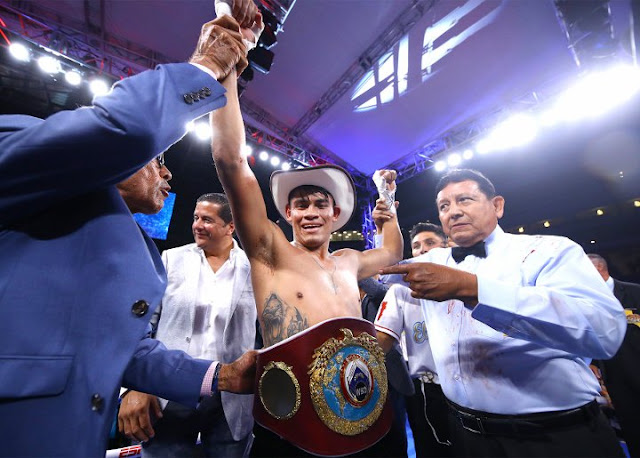 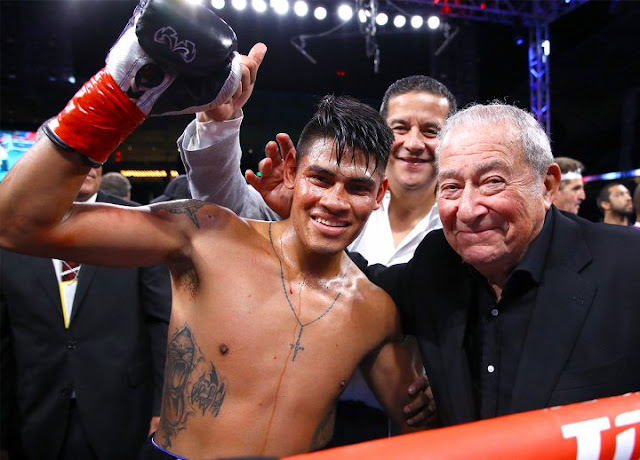