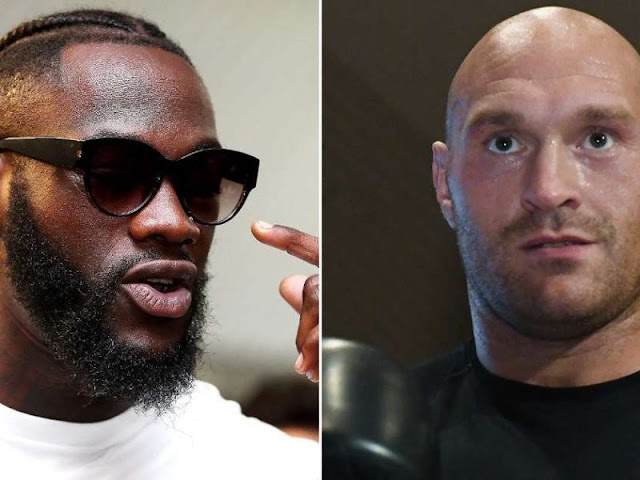 Just as everyone, the WBC Heavyweight World Champion Deontay Wilder believes the match up is a joke and believed that the Brit should have at least picked a more tested opponent or someone better than his previous opponent Tom Schwarz as they both build up for their rematch scheduled for early next year.

“Oh my goodness,” Wilder told BoxingScene.com on Saturday night at Barclays Center. “I was just shaking my head. What in the world is he doing? His last fight was just a joke, and now this one.”

“With Fury, he’s a joke overall,” Wilder said. “This lineal stuff is crazy. It don’t look good for boxing to do that. And then you go and fight lower opposition. Like, who is this other guy [Wallin]? Everybody’s putting their titles on the line against tough opposition. But he’s not a champion, so we can understand his behavior and the selection of opponents he’s chosen.”

Deontay Wilder is presently preparing for a rematch against Luiz Ortiz (31-1, 26 KOs, 2 NC)  whom he defeated via tenth round Knockout back in March 2018. Comparing opponents, Wilder is taking a bigger risk as compared to Fury and Wilder knows the perfect reason why.

“I gave Tyson Fury a concussion, so they’re making sure they get him to the prom,” said Wilder, who settled for a draw with Fury eight months ago in Los Angeles. “I’m his prom. So, they’re gonna make sure he gets there as safe as possible, with his marbles when he gets there. Because he knows when he fights me again, it’s over. Tyson Fury getting up [in the 12th round], it’s a blessing and a curse. The blessing part of it is it makes it controversial and the money goes up. The curse comes from when he was knocked into a concussion.