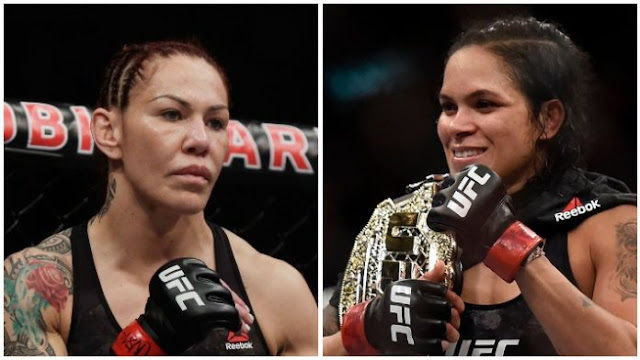 UFC President Dana White has clearly the hype and uncertainty concerned with the Amanda Nunez Vs Cris Cyborg rematch and has made clear Cybord is free to leave the promotion.

This comment was in responds to a recent criticism from the former UFC featherweight champion Cyborg directed to White and the promotion.

“All this other (expletive) that she’s putting out there – again, to avoid fighting Amanda Nunes,” White said. “Message received. I get it. I’m going to release her from her contract. I will not match any offers.”

Cyborg has cleared all the fights on her contract and in the last fight defeated Felicia Spencer via unanimous decision but there is always a loop hole in the contract, where fighters can negotiate with the promotion for one or two fights in the promotion.

The UFC President also said he is actually in the dark concerning the issues surrounding the Promotion and Cyborg, actually thinking it was a wrong business strategy by Cyborg.

He related the issue with other issues he has had over the years with fighters and how they have been able to get along despite their differences.

“I don’t know what it is, but bad strategy,” White said. “I don’t hate Cyborg. I’m not trying to destroy Cyborg. All this craziness that she’s talking – do you know how many fighters I’ve dealt with over the years? People I really didn’t like, like Tito (Ortiz). Tito doesn’t like me, and I don’t like Tito. And we haven’t and we didn’t, but we still got fights done. We still did business.”

“Look at the Jon Jones stuff that has happened and many, many other things that have happened with different fighters,” White said. “But we get through it. We figure it out. We get through it and we move on. But this is a completely different animal than anything I’ve ever dealt with before.”