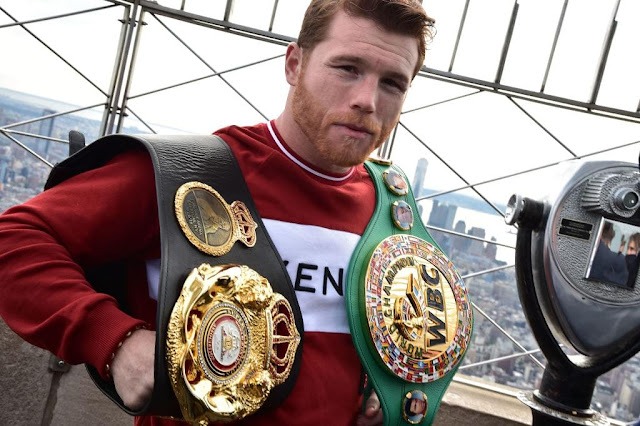 Saul Canelo Alvarez has been Stripped of his IBF middleweight title after failing to agree a fight with his mandatory challenger Sergiy Derevyanchenko.

Alvarez defeated Daniel Jacobs via unanimous decision to unify the IBF, WBA “Super” and WBC middleweight titles and has since been promoted to a franchise champion by the WBC.

The IBF stripped Gennady Golovkin of the title last year for the same reason and this is now the case with Canelo.

The belt will now be contended for by Sergiy Derevyanchenko, who is rated No. 1 by IBF and the No. 2 rated Gennady “GGG” Golovkin.

“We are extremely disappointed at the IBF for forcing the world’s best fighter to relinquish his world title.

“We have been in serious negotiations with Sergiy Derevyanchenko’s promoter. We offered his team an unprecedented amount of money for a fighter of his limited stature and limited popularity, but the truth is that I’m now certain they never had any intention of making a deal. But instead they wanted to force us to relinquish Canelo’s belt. This is an insult to boxing and more importantly an insult to the boxing fans of the world.

“This decision validates already existing concerns about the credibility of the IBF championship. Canelo inherited a mandatory challenger by defeating Daniel Jacobs, the man who beat Derevyanchenko, so to strip him of his title without giving him enough time to make the best fight possible is truly what is wrong with boxing, and I plan to aggressively consider all legal actions possible.”