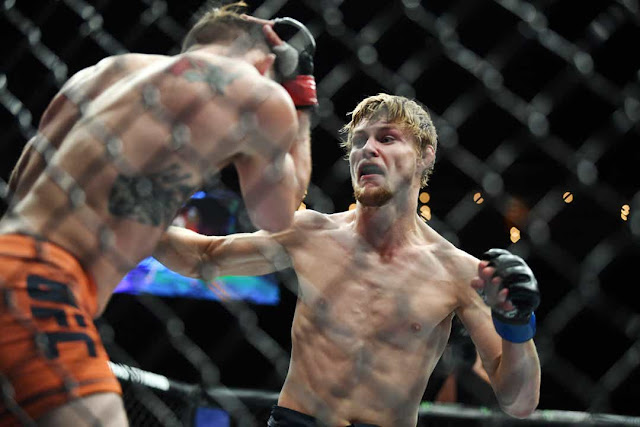 Undefeated featherweight prospect Bryce Mitchell will be returning on the UFC on ESPN 7 card against Matt Sayles, as announced on Wednesday by UFC officials.

Bryce Mitchell is presently 2 – 0 in the octagon since been offered a contract after his adventure in the “Ultimate Fighter” season 27, where he came up short of winning the reality series.

Mitchell has been a hand full since given the opportunity to fight in the UFC and is determined to make the most out of it. He defeated Bobby Moffett in his last outing.

Matt Sayles on the other hand had a pretty rough start to his UFC career. He lost his debut but was able to get his UFC career back on track with a submission win over Kyle Nelson back in May.

Sayles has a 1 – 1 record in the UFC and a 8 – 2 in his overall MMA record since signing with the UFC through the Dana White contender series.

The fight between Matt Styles and Bryce Mitchell will fall in the Undercard of Alistair Overeem Vs Walt Harris UFC On ESPN 7 card.