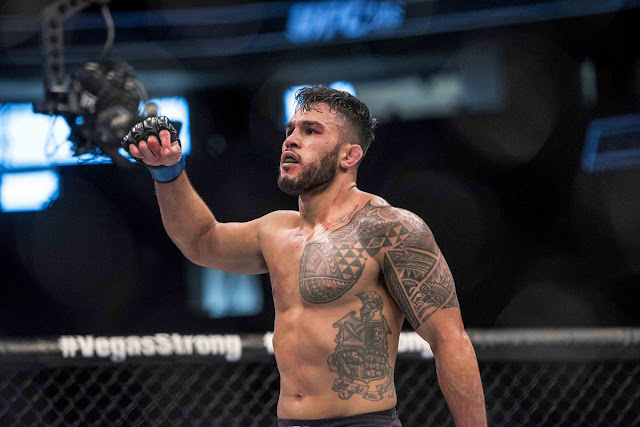 Brad Tavares Vs Ian Heinrich have been announced as a new addition to the UFC Singapore card also known as UFC Fight Night 162, which is scheduled to take place on October 26.
Brad Tavares will be making his return to the Octagon, after more than a year absence. He actually ceased competing after his four fight winning streak got snapped by Isreal Adesanya and before then, he had only lost to middleweight champion Robert Whittaker.

His extended stay away from the Octagon is due to a broken arm he got while fighting current Interim middleweight championcIsreal Adesanya in the Ultimate Fighter Season Finale and he has since been recovering.

Ian Heinrich is now 2 – 1 in the UFC since coming in through the Contender Series, he won his first two fight in the UFC but got smashed by Derek Brunson in his last outing in August, UFC 241.

Before losing to Brunson, he defeated Cezar Ferreira and Antonio Carlos Jr via decision in his first two outings.

Both fighters are racked 10th and 11th contenders in the UFC middleweight ranking, with Tavares topping Heinrich.