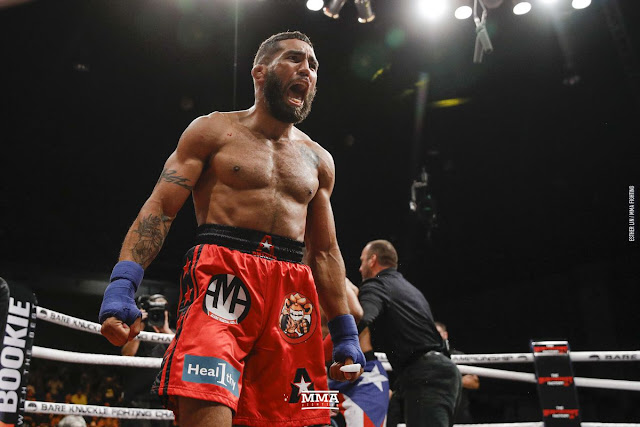 The main event between Jim Alers and Leonard Garcia was stopped early but with some brutal action. Alers started very aggressive moving forwards and landed on Garcia, scoring a knockdown early in the fight and after then continued dropping him till he couldn’t continue.
Alers is now 2 – 0 while Garcia is 1 – 1 in BKFC.

Chase Sherman defeated Arnold Adams via unanimous decision to win the BKFC heavyweight title. He used speed and movement to land shots regularly through the five rounds and was able to drop Adam in the fifth round with a left Jab.

Peralta was able to run away on the scorecards early In the first three rounds but by the end of the third, had a cut on her left eye and a swollen eye and could not see well through the remaining rounds. Ferra could meet up but gave a good performance in the last two rounds.