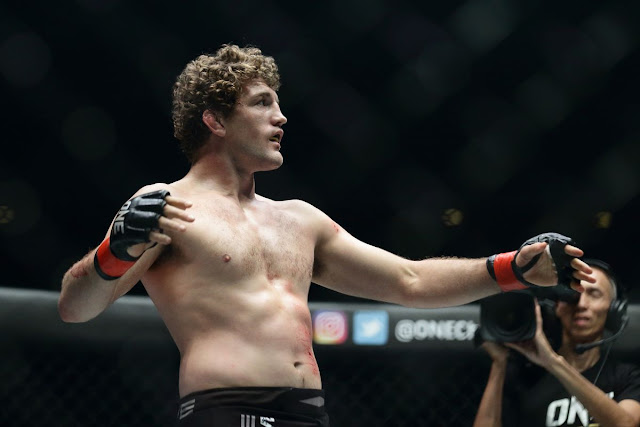 Ben Askren will be taking on Damian Maia in a five round headlining bout at UFC Singapore which is scheduled to take place on October 24th.

UFC President Dana White confirmed the bout on Tuesday 20th of August during the latest edition of Contender Series. The bout had already been announced on social media by Askren, confirmed also by Maia as a done deal.

Ben Askren will be going into the bout on the back of his first professional loss, which came in July against Jorge Masvidal. A Five second knockout.

Maia will be coming into the fight with a two fight winning streak that involves a big victory against Anthony Rocco Martin in his last outing.

Askren Vs Maia is the first of many bouts in the Card to be announced and despite hinting at retirement, The Jiu Jitsu specialists Maia is ready to accept this big battle between world class grapplers.