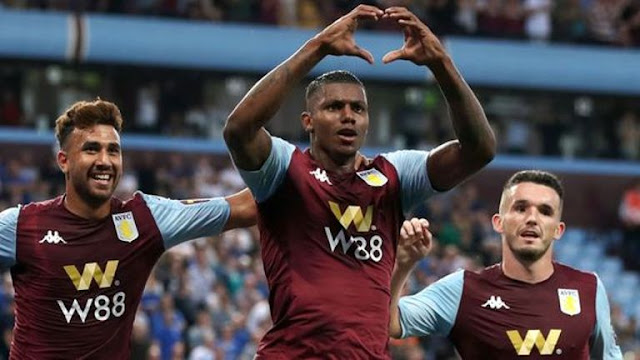 Aston Villa picked up their first three points of the season with a 2 – 0 win over Everton FC at Villa Park.

Westley found lots of space in the Everton defense in the early minutes of play and with that was able to open scoring, calmly slotting the ball past Pickford in the 21st minute.

The Toffees had their chance to get leveled, Dominic Calvert-Lewin  Iwobi and Digne got close but it was Walcott’s glaring miss that actually left them leveled till the 95th minute when El Ghazi slipped under Jordan Pickford for the second goal.

Aston Villa will play host again to Everton at Villa Park this weekend, as the hope on sealing their first Premier League win since promotion.
Villa have been unlucky so far this season due to their being unlucky in finding the net and also holding on to their lead. They were a goal up for majority of the game against Spurs but in the last 20 minutes things went bizarre and they lost 3 – 1.
The Toffees had very little preseason action but have been able to accumulated four point in the two games, picking a 1 nil victory over Watford in their last Premier League outing and a draw against Crystal Palace on opening day.
Everton FC is low scoring side and have not scored above two goals in their last two Premier League outings