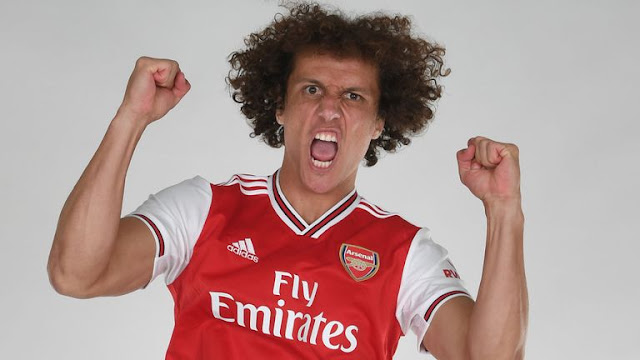 Arsenal FC completed the signing of Brazilian defender David Luiz from Chelsea on a two year deal worth £80m on dead line day.

Luiz made 26 appearances for chelsea last season, scoring three goals and all together made 248 appearances for the Blues in his two spells, since arriving in 2011. He had a two year spell at PSG between 2014 and 2016, when he returned to Stanford Bridge.

The 32 year old trained separately from the rest of the squad, since indicating he wants to leave the club on Wednesday and was the was part of the two deadline transfers to reach the Emirates.

Arsenal pounced on the opportunity to sign a replacement for  Laurent Koscielny, who surprisingly  left the Club with a year still left on his contract.

Luiz helped Chelsea to four major trophies during his two spells with the Club, 2 Europa League trophies, UEFA Champions League back in 2012 and a Premier League Trophy with Antonio  Conte in 2016.