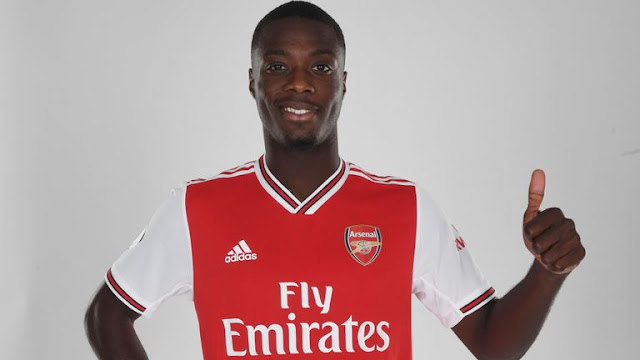 Arsenal FC has announced the signings of Nicholas Pepe from 2019/19 season Ligue 1 runners up Lille on a five year deal for a club record £72m deal.

The Ivory Coast winger was exceptional last season for Lille, scoring 23 goals with 12 assist in 41 games.

“Nicolas is a highly-rated and talented winger who was wanted by many of the top teams in Europe.
“Signing a top-class winger has been one of our key objectives in this transfer window and I’m delighted he’s joining. He will add pace, power and creativity, with the aim of bringing more goals to our team.”

Italian side Napoli were also linked heavily with the Ivory Coast winger but couldn’t match the Arsenal’s bid for the forward. He is now Arsenal’s fourth signing this summer after Dani Ceballos, Gabriel Martinelli and William Saliba

Pepe will be wearing the No. 19 shirt at Arsenal 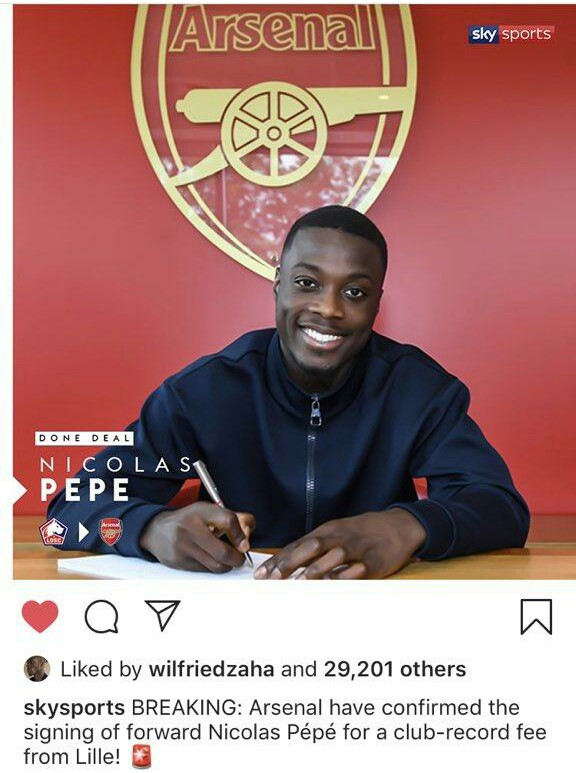