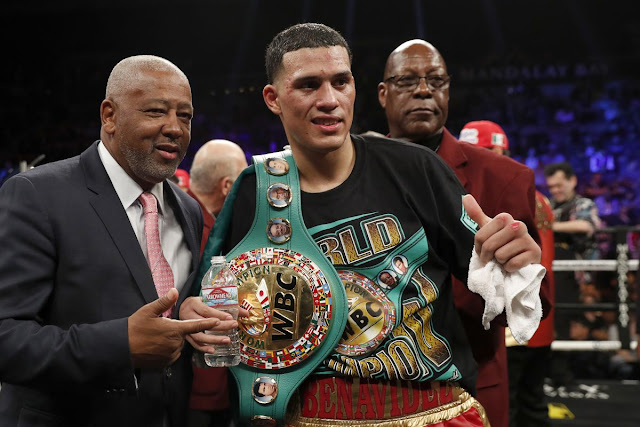 Two time super middleweight champion Anthony Dirrell will be defending his WBC title against David Benavidez and this time he wants to successfully defend it with a KO.

David Benavidez was Stripped of the title last year for failing a drug test, giving Anthony Dirrell and Avni Yildirim the opportunity to fight fir the vacant title.

The 34 year old Dirrell, in his first world title stint defeated Sakio Bika to win the title but didn’t successfully defend it before he was beaten by Badou Jack.

The fight will be the supporting bout of Errol Spence vs Shawn Porter welterweight unification showdown. David Benavidez is coming for the Belt he was forced to vacate while Dirrell is set stop history from repeating itself.

“I’m looking for the knockout, just like I know he will be. I’m ready to go 12 rounds, and that belt is staying home with me,” said Dirrell. “A win is a win no matter how it comes.”
“He’s a come-forward fighter and is going to bring the pressure no matter what,” said Dirrell. “That’s what the fans want to see, but I’m going to break him down and win this fight. I know I can do it.”

Anthony Dirrell is looking to become the second WBC 168 titlist to defend the title more than ones this decade, after Badou Jack defended the title thrice

“Being an underdog is great, it motivates me,” said Dirrell. “I’m fine with it because I can prove everybody wrong at the end of the day. It’s about making history, and you can’t make history if you don’t go in there and take a chance.”