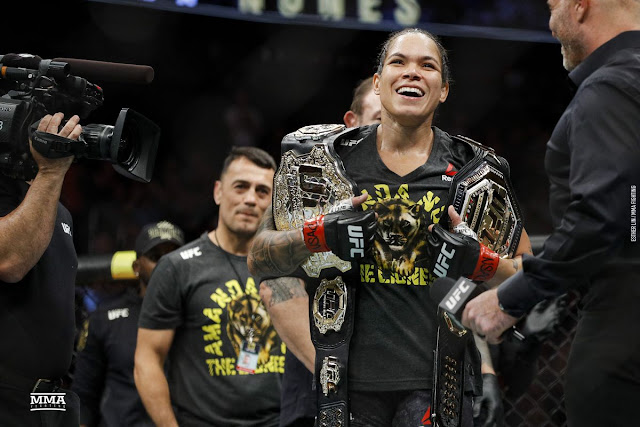 UFC featherweight and Bantamweight champ Amanda Nunez will defend her UFC Bantamweight title in a rematch against Germaine de Randamie at UFC 245, which is scheduled to take place on December 14th Live on UFC Pay-per-view.

Both ladies met back in the octagon back in UFC fight Night 31 in Kentucky and Nunes came out victorious with a first round knockout, after which she accumulated a an impressive 10-1 record in the UFC, which includes the build up to winning the Bantamweight and Featherweight titles.

The Inaugural UFC featherweight Champ De Randamie has not been on the losing side since the loss to Nunez at that event. She recovered from the loss and has picked up some impressive victories, which includes win over Holly Holm and Raquel Pennington. In her last outing knocked out previously unbeaten Aspen Ladd In 16 seconds at UFC Fight Night 155.

Amanda Nunez In her last outing became the first champ Champ to move downvto her original weight class and she didn’t just do that, she knocked out top contender Holly Holm to retained the title. 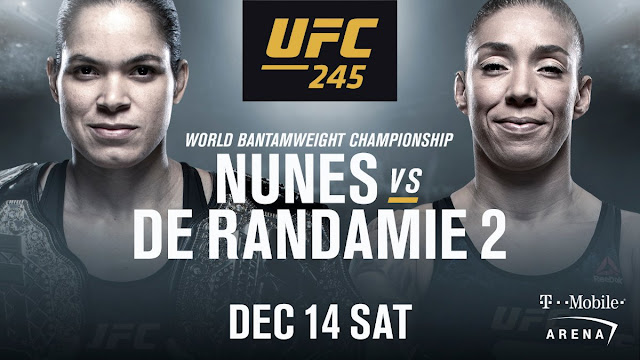