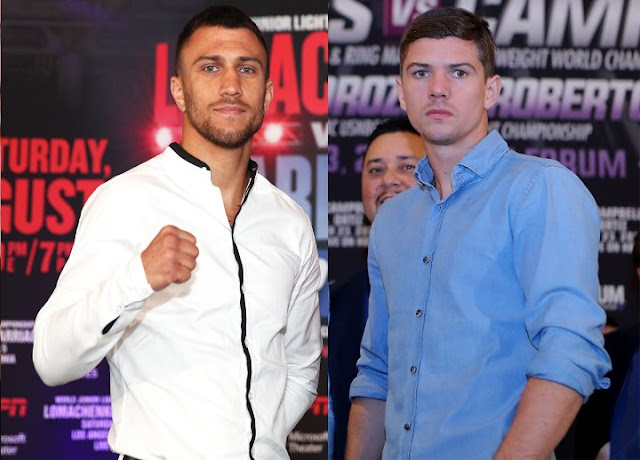 The anticipated lightweight clash between three division champion Vasiliy Lomachenko and Luke Campbell has finally been announced, following a successful completion of negotiations and signing of paper works.

The fight was initially announced to be finalized by the WBC but denied by Campbell through his Social media account, was then confirmed by Campbell’s promoted Eddie, while speaking to Boxingscene.

“It’s a done deal,” Hearn told BoxingScene.com on Saturday. “We just finalized terms and I’m going to meet with Luke Campbell on Monday to present him with the final contract.”

The fight will mark  Lomachenko’s first return to London since his exploits, completing his feat of back-to-back Gold medals in the 2012 London Olympics.

Campbell on the other hand will be taking his second shot a world title. His first came against Jorge Linares, who defeated him via unanimous decision. He has since rebounded from that slump with a 12-round unanimous decision over Yvan Mendy last September