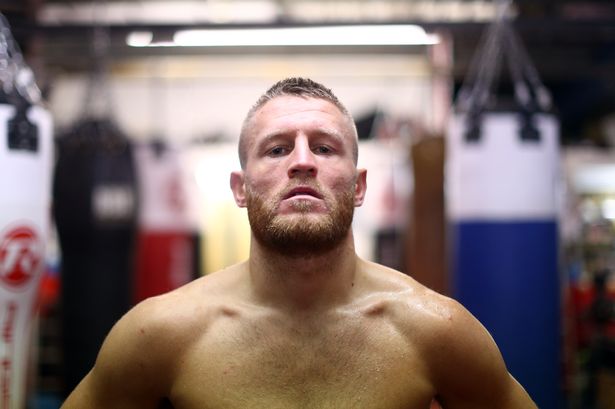 “Segu looks like he loves to come forward and wing shots in. We’ve already had a little watch of him and we’re not going to have to go looking for him.
“Segu will come forward looking to land I’ve got to miss and make him pay. He’s going to be there to be hit so it’ll be an entertaining fight for the fans. He’s coming for a fight and I’ll catch him”.

“I’ve not boxed since before Christmas. There’s still so much left in the tank and I’ll be looking to show that against a tough fighter. I’ll prove I’m as good as I’ve always been – if not better.

“I believe I’m a world level fighter. It’s where I’ve boxed for three or four years now. I’m in that class and I believe with one or two good wins, I’ll be back boxing for another world title.

“If I didn’t think I was capable of winning a world title, I’d have knocked boxing on the head.”

The fight will be supported by four-time world title challenger Martin Murray (37-5-1, 17 KOs) taking on Kim Poulsen (28-5, 7 KOs) and also Jazza Dickens and Nathaniel May will square off for the IBF European title