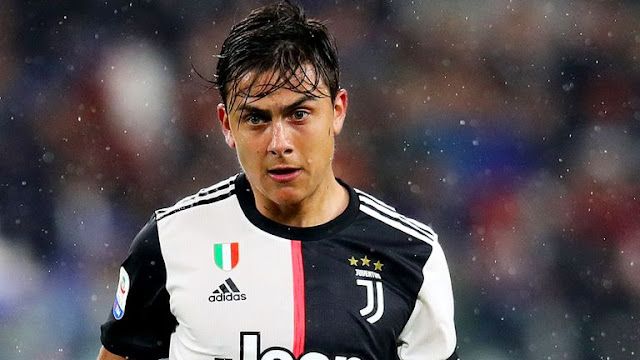 Manchester United is making huge progress in their quest to bring in Paulo Dybala, as his agent has now arrived in London for talks concerning his swap with involving Romelu Lukaku.

Dybala ran out of favor at Juventus after the arrival of Cristiano Ronaldo and his future at the Old Lady has been subject to serious speculation, which prompts the move for the swap deal.

Dybala scored 78 goals in 182 appearances for Juventus since joining the club in 2015. He is still enjoying his holiday after helping Argentina to a third place finish early this summer and will be expected to return to training on Thursday aheadaof the New season.

Dybala has made known, he intends to stay in Italy and Juventus have also increased their pursuit for the Argentine. The show now rest in the hands of his agent and Manchester United representatives, as they look to reach an agreement.