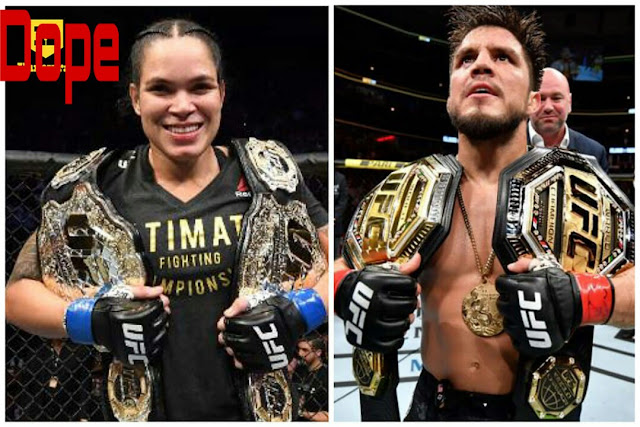 Former UFC middleweight champion Micheal Bisping believes a fight between  Amanda Nunez and Henry Cejudo in a Man vs Woman, Champ Vs Champ fight will go in favor of Nunez and he is ready to put his money on it.

This hilarious comments from Bisping came up after Henry Cejudo started calling out female UFC fighters in a recent interview with TMZ.

“If Amanda Nunes wants to get it too? Valentina [Shevchenko]? I’m calling you guys out too. I take no prisoners,” Cejudo said earlier this month.

The 31 year old Amanda Nunez is the only fighter in the UFC, currently holding two World titles (bantamweight and featherweight) and she is considered the most dominant female in UFC history.

Henry Cejudo is the first ever flyweight and bantamweight champion in UFC history, a feet he attained after knocking out Marlon Moraes at UFC 238 to win the UFC Bantamweight Title.