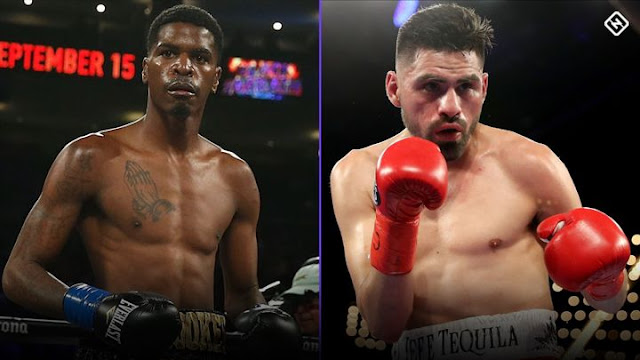 Junior welterweight champions Maurice Hooker and Jose Ramirez will clash in a WBO ,WBC unification battle on Saturday 27 of July at the College Park Center in Arlington, TX., live and only on DAZN.
This unification fight is a big example that fights between fighters on different networks could actually be made. The WBC champion is promoted by Top Rank and fights on ESPN while Maurice Hooker is promoted by MatchRoom/RocNation and fights on DAZN.
Maurice Hooker (26-0-3, 17 KOs) won the WBO title on the road, traveled to Terry Flanagan’s hometown to win a split decision. Since then he has gone on to defend the title twice, knocked out Alex Saucedo in the seventh round and and a unanimous decision victory over Mikkel LesPierre.
The WBC champion Jose Ramirez (24-0, 16 KOs) has taken almost the same road as Hooker. He decisioned Amir Imam to claim the Vacant Junior Welterweight title in 2018 and just as Hooker, defended the title twice with a unanimous decision victory over Antonio Orozco and a majority decision over Jose Zepeda.