Mario Barrios Vs Batyr Akhmedov Ordered By The WBA 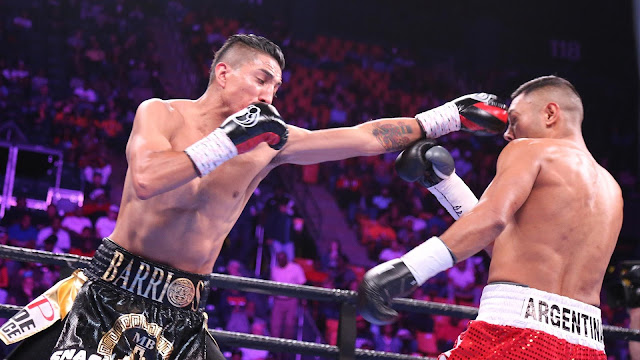 As first reported by Boxingscene, the WBA has ordered a fight between No. 1 ranked Mario Barrios (24-0, 16 KOs) and No. 2 Batyr Akhmedov (7-0, 6 KOs) for their vacant “regular” junior welterweight title.

The current super champion in the division  is Regis Prograis, who is currently hooked up with a World Boxing Super Series tournament final fight with IBF Super lightweight champion Josh Taylor.

Barrios has been a top fighter for a while now, knocked out his last eight opponents and in his outing in May was able to knocked Juan Jose Velasco in the second round.

Akhmedov was so successful in his amateur days but has blown away six out of seven opponents in the ring, running on a 4KO streak which involves getting off the floor to stop Ismael Barroso in August.

During his Amateur days, Akhmedov competed under the name Batuhan Gozgec and got a gold medal at the 2015 International Kadyrov Tournament held in Grozny, Russia.

He earned a bronze medal at the 2016 European Boxing Olympic Qualification Tournament, which also gave him a slot in the Olympics. The Olympics didn’t didn’t go as planned, as he didn’t win any medal.