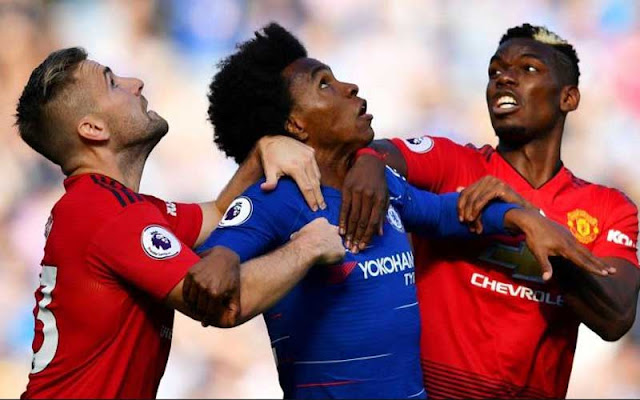 Manchester United will kick off their 2019/20 Premier League season with a huge clash with top six rivals Chelsea at Old Trafford on the 11th of August.

Ole Gunnar Solskjaer have during the summer transfer window tried to rebuild the Red Devils, so far singning Daniel James from Swansea and Aaron Wan-Bissaka from Crystal Palace. After struggling last season to a sixth place finish and doing so also to cater for the end of season departures.

Chelsea on the other hand are presently serving their transfer ban, sold out Eden Hazard and were able to secure a permanent deal for Kovacic but apart from Hazard’s departure, Chelsea are more or less the same team.

Manchester United ended their season with a run of poor results, losing four of their final six games and mustering only two draws. This includes the 3 – 0 trashing by FC Barcelona at Camp Nou, 2 – 0 loss to Manchester City and Final day 2 – 0 disgrace in the hands of relegated Cardiff City.

Chelsea FC had a pretty good run of firm towards the end for the season, getting a pair of three nil victories and beating Arsenal 4 – 1 in the Europa League Final to crown the season with a silverware, coupled by a third place Premier League finish.

Team News, Stats and Build Up coming up