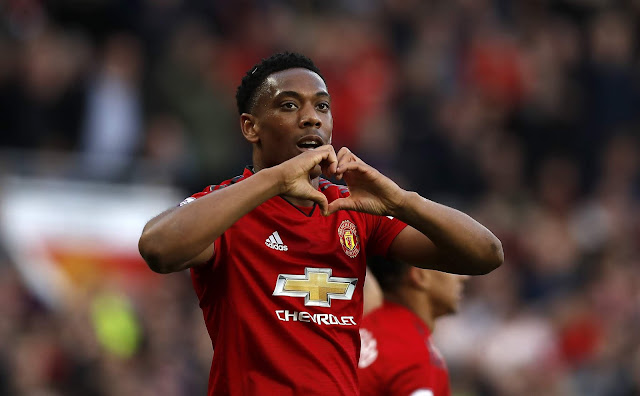 Off The Woodwork : Anthony Martial

Daniel James Makes a good run, Catches Winks relaxed in the midfield .. Picks Martial with a nice ball and the Frenchman takes a shot. It unfortunately goes off the woodwork

Goal  Updates : 21′ 1 – 0 Anthony Martial
A great goal from Man Utd but a very poor one from Gazzaniga’s perspective.
Pereira threads a superb ball through for Martial, who drives towards the post and hits it low and hard in Gazzaniga’s direction.
It should – theoretically – be a low save for the goalkeeper, but the shot has too much power, spinning past him before nestling in the back of the net.

Goal Update : 65′ Lucas Moura 1 – 1
It’s a huge deflection but Spurs deserve that equaliser.
It was some superb play from White to keep the ball in play, with Tuenzebe’s clearance being put into Moura’s path by Son.
He then fires goalwards and it takes a wicked defelction off a United player – it appears to be Shaw – before beating Romero.
Goal Updates : 80′ 1 – 2 Angel Gomes
What a finish from Gomes!! A wonderful Man Utd goal.
He is involved in the build-up play too, playing a neat give-and-go with Mata before getting near to the by-line.
The angle looks impossible to score from but he spots a gap at the near post and slots it that way, with the ball pinging off the post before going in.
Rashford was waiting for the pull-back on the line, but it wasn’t needed, while Gazzaniga has again been beaten at his near post.

Manchester United take on UEFA Champions League finalist Tottenham Hotspur in an International Champions Cup fixture at the YuanShen Stadium on Wednesday, 25th of July 2019.
The Red Devils have so far won all their Preseason fixtures this summer and in their last outing defeated Inter Milan a goal to Nil. However, Spurs will be the toughest test this summer for the Red Devils and Ole Gunnar Solskjaer will have a good assessment of the team he is building ahead of the coming Premier League season.

Mauricio Pochetino’s Tottenham Hotspur showed their class in their last outing against Serie A champions Juventus, earning a 3 – 2 victory. Their first game since losing 2 – 0 to Liverpool FC in the Champions League Final.