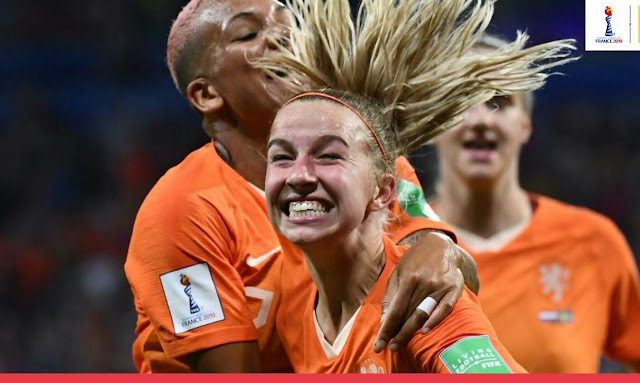 Netherlands meet Sweden in the Semi Finals of the FIFA Women’s World Cup, live from the Groupama Stadium in France.

Goal : 99′ Jackie Groenen 1 – 0
Lovely goal!
It’s the movement and the one-touch passing from the Dutch which opens up the space for Jackie Groenen.
She strikes it so well, from the edge of the box and it rolls into the bottom left corner.

Sweden’s Kosovare Asllani won seven fouls in this match, more than any other player in a single game at this year’s tournament.